Telecom industry trends and strategic initiatives for revenue growth in 2021

In an effort to facilitate the substantial growth of the subscriber base over the past decade, telecom operators are seeking new ways to acquire new customers and retain them. What business and operational strategies should the modern telecom operator invest in to be able to drive revenue growth and increase operational efficiency?

To provide guidance to the players in the telecom ecosystem, we have thoroughly studied and analyzed the key takeaways from industry reports and the major telecom operators’ annual reports. Based on these, a number of conclusions have been drawn and an action plan has been outlined for telecom operators in terms of telecom business and operational strategies that they should focus on. These investment areas will and should form the basis of revenue growth and cost optimization for the telecoms in the year 2021 and onwards.

Taking into consideration the prevailing trends from the broader telecom industry landscape along with the strategic actions and core initiatives by major telecom groups, there are certain business and operational strategies that every telecom should closely watch and prioritize. Despite this, the market maturity and the unique developmental phase of telecom companies largely determine the strategic initiatives that are employed. Study our guide and find out more about how telecom market maturity affects the growth strategy for telecoms.

Nevertheless, there are certain strategies and trends which are pivotal for the profitable growth and sustainability of operations for telecom companies. Below are the elemental strategic actions and trends that are essential for telecoms in the digital age:

Growth in mobile subscriber base and mobile financial services

The past few years have seen a dramatic spike in smartphone adoption and mobile internet penetration worldwide. This is not just a noteworthy trend for telcos but it also opens up new opportunities for them to expand into more advanced services and move beyond their traditional product offering.
As per GSMA intelligence, by 2025, there will be an addition of 600 million new subscribers, predominantly based out of countries like India, China, Pakistan, and Nigeria.

In total, the influx of new subscribers would make up around 5.8 billion subscribers to mobile services by 2025, which accounts for almost 70% of the global population. Smartphone usage will increase from 65% of the total number of subscribers in 2019 to 80% in 2025, globally. The increase in mobile internet access is also directly proportional to growing smartphone penetration. Thus, the number of mobile internet users will increase from 3.8 billion in 2019 to 5.0 billion in 2025, a whopping 32% increase. 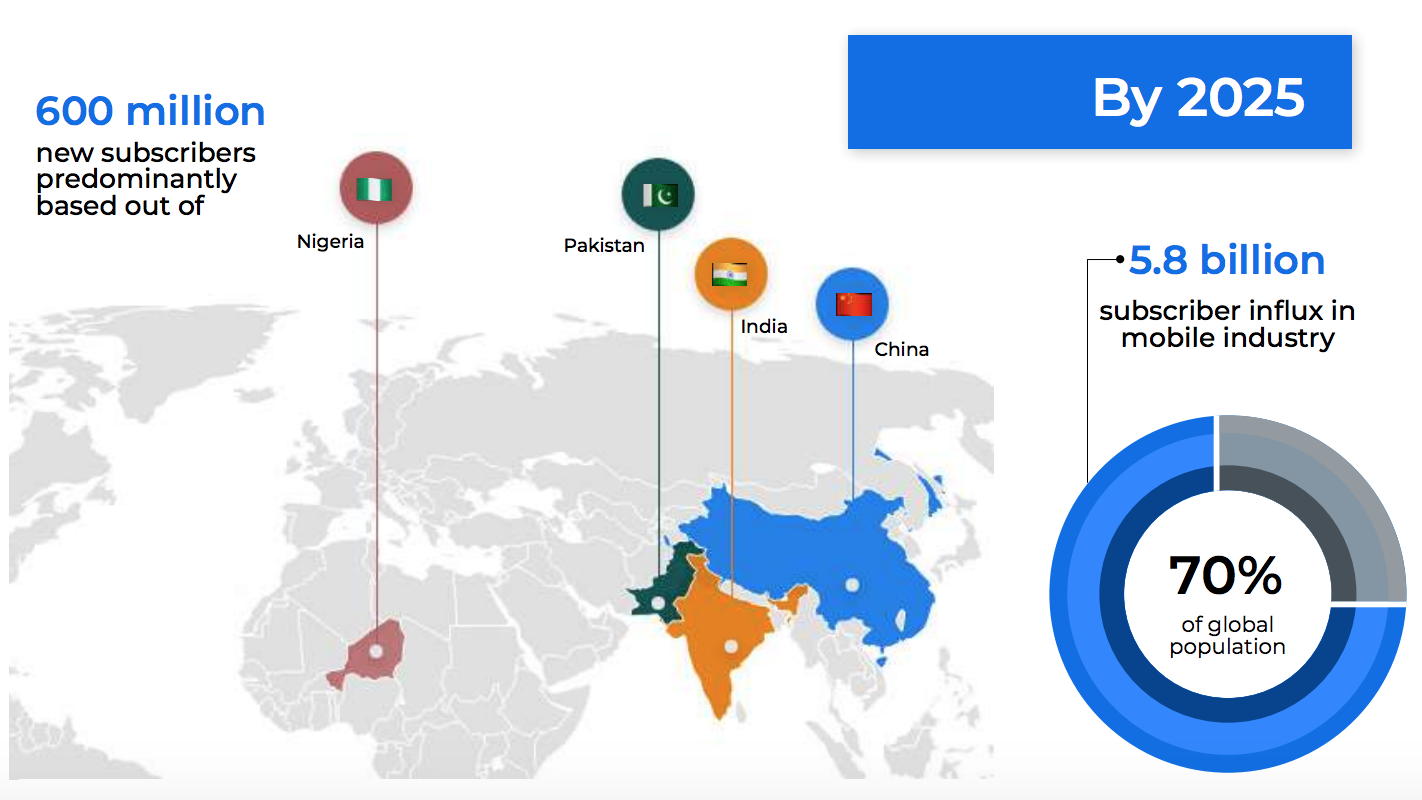 With growing competition in the market, the revenue margin for standard telecom services has decreased significantly. Due to this, driving down OPEX in the supply chain has been a primary focus for telecom companies across the industry to maintain a competitive edge. The biggest potential is based on modernizing the existing operational solutions and embracing automation in sales and distribution. See how telecoms can digitize their entire S&D value chain.

Even though 4G is predominant in many markets globally, many have taken a leap and upgraded to 5G, which is now gradually gaining pace. The motivation for the investment of resources in 5G is predominantly driven by the desire to be the industry leader and to be ahead of the curve. 5G is now live in 24 markets and is expected to have a strong presence in the European, Asian, and North American markets.

To support this generational shift and further drive consumer engagement, operators are expected to invest around $1.1 trillion worldwide between 2020 and 2025 in mobile CAPEX, roughly 80% of which will be in 5G networks. 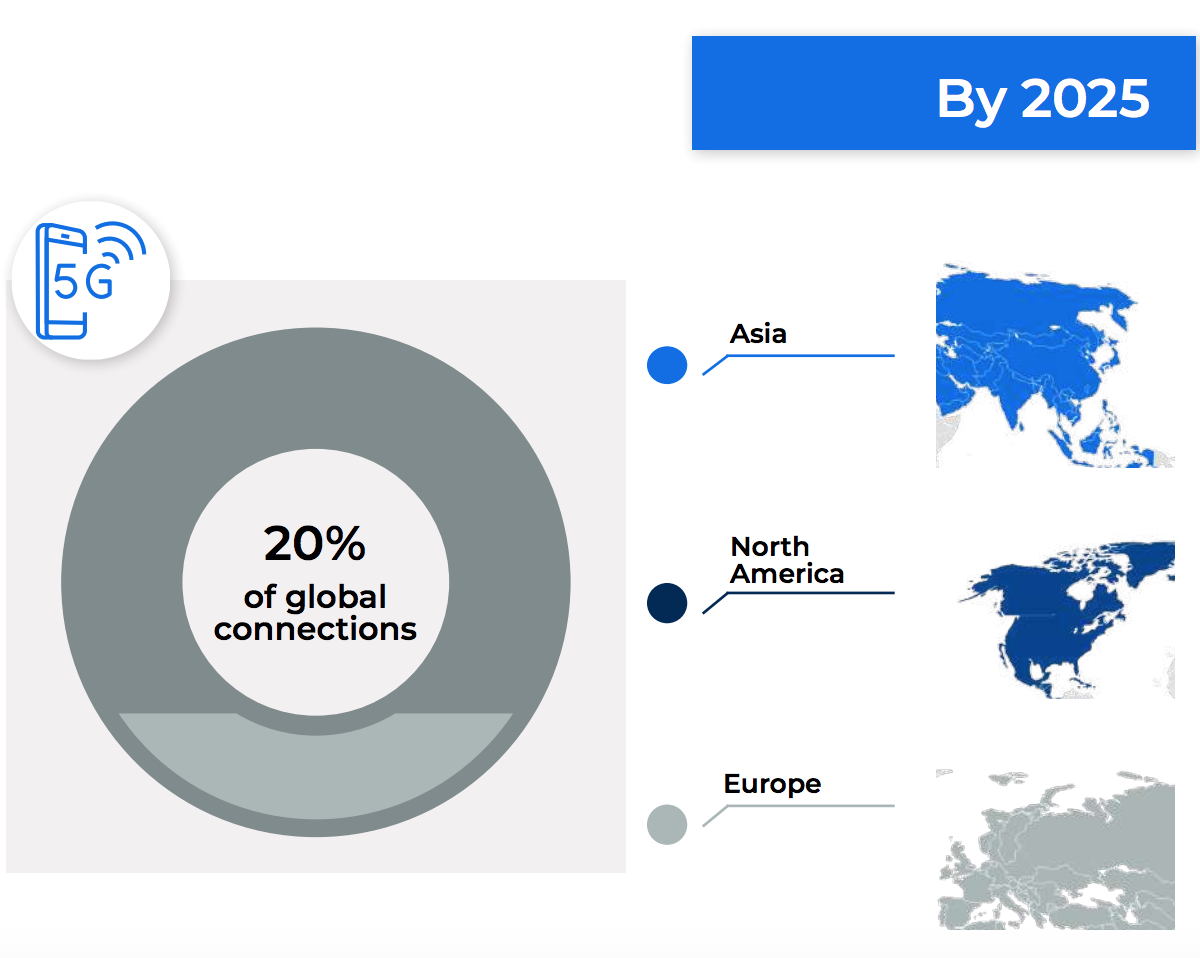 Within the telecom sector, the ecosystem extends far beyond the traditional scope of activities and encompasses not just the basic services of the company but also the non-core and complementary products and services.

The digital consumer of this era has evolved expectations when it comes to product delivery, availability, and customer service. With the wide range of options available in the market, it becomes critical for telecom operators to create tangible value and a key differentiator in their service offerings to retain loyalty. The first step in the process of enhancing customer experience is to understand their pain points. Customers now expect uninterrupted connectivity, a wide range of customized offerings, and quick resolution of their issues.

Sustainability of operations and socio-economic impact

The mobile industry has had a positive impact on many of the UN defined 17 SDGs. Despite the global reach of mobile, much more can be done to leverage its power and support the delivery of the SDG 2030 targets. Some of the important improvement areas are accessing health information, enabling public services to be accessed, and digital payments. IoT can also have a big impact in combination with mobile networks, for example, in the case of smart cities and smart buildings.

If you want to find out more about the industry trends and the operational strategies that need to be prioritized for success in 2021 and onwards, download our comprehensive report “trends and strategic initiatives to achieve telecom growth objectives.” 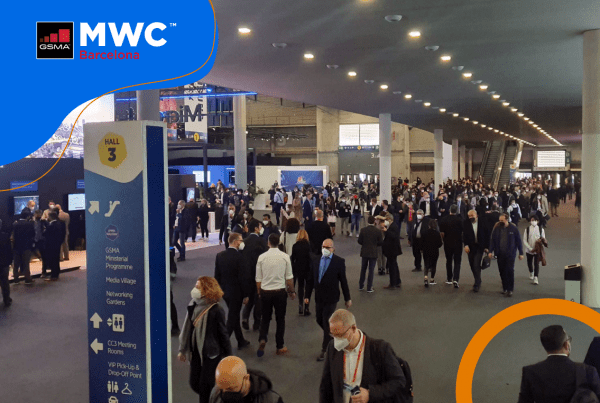 Mobile World Congress 2022 took place from the 28th of February till the 3rd of March in Barcelona, with the halls of the enormous Fira Gran Via exhibition centre filled…
Mahwish IlyasApril 19, 2022 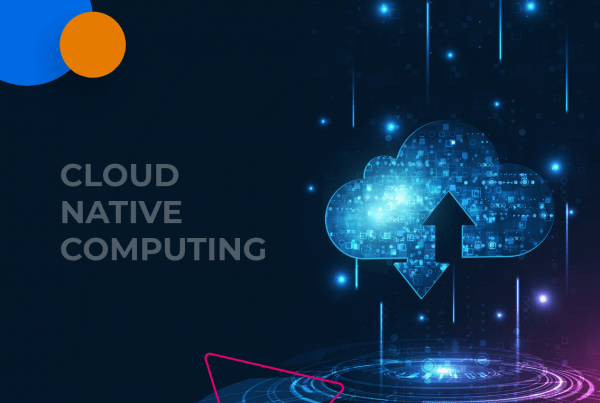 Despite spanning across its second year, the coronavirus pandemic has maintained its tight grip on the telecom industry and the challenges it brings continue to test the agility and resilience…
Sania AmirFebruary 3, 2022 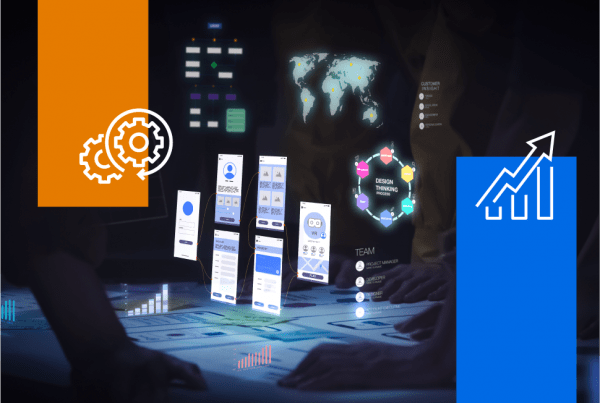 How Telecoms Can Create Recovery and Growth after Covid-19 in 2022?

Despite spanning across its second year, the coronavirus pandemic has maintained its tight grip on the telecom industry and the challenges it brings continue to test the agility and resilience…
Sania AmirDecember 17, 2021